Premiere of the Tour de Suisse Women
In the presence of Swiss Minister for Defence & Sport Viola Amherd, the Tour de Suisse Women had a perfect premiere in Frauenfeld. A total of 102 riders representing 17 teams competed in the two stages of the inaugural TdS Women. For Vaudoise Insurance this was also a first at their last Tour de Suisse. With Fabian Cancellara, one of Switzerland’s cycling greats, on hand to give the starting signal for the second stage, Vaudoise further demonstrated their commitment to TdS Women.

The spectacular first stage was dominated by Swiss athletes, with three featuring in the decisive breakaway. Swiss road champion Elise Chabbey narrowly beat Elizabeth Deignan (GBR) in a dual sprint and earned her place as the first TdS Women leader.
The second stage was won by Marta Bastanelli (ITA) in a sprint. The overall winner of the first Tour de Suisse Women was Elizabeth Deignan. The Briton bested Elise Chabbey by a single second thanks to time credits at two intermediate sprints. The Swiss champion was hampered by a crash.

The 84th Tour de Suisse
The prologue of the 84th Tour de Suisse, a 10.9 km Individual Time Trial in Frauenfeld, was safely in local hands. Stefan Küng (SUI) won by 4 seconds over fellow Thurgauer Stefan Bissegger (SUI), giving him the honour of wearing the yellow leader’s jersey of Vaudoise Insurance. Naturally for the Swiss company Vaudoise it was particularly pleasing to have a Swiss rider don the jersey.

The next two stages were dominated by three-time cyclo-cross World Champion Mathieu Van der Poel (NED). With his second victory in the 3rd stage in Pfaffnau, the Dutch champion also replaced Stefan Küng at the top of the overall standings.

On the fourth stage to Gstaad, Stefan Bissegger (SUI) was able to celebrate his second professional career victory, adding to his strong runner-up finish in the opening time trial.

The mountain finish in Leukerbad brought the expected turnaround to the overall classification. Richard Carapaz (EQD) defeated Jakob Fuglsang (DEN) in a sprint in Leukerbad. The Ecuadorian also took over the overall lead.

At the end of the very animated 6th stage, the jury had to decide on the winner in Sedrun. They penalised Rui Costa (POR) for an unfair sprint and declared Andreas Lorentz Kron (DEN) the stage winner.

The mountain-valley time trial from Disentis/Sedrun over the Oberalp Pass to Andermatt was spectacular. The 34-year-old Colombian Rigoberto Uran (COL) was the fastest, 40 seconds ahead of Julian Alaphilippe (FRA) and 54 seconds ahead of Gino Mäder (SUI). It was not only the pros competing on the mountain-valley route over the Oberalp. Fabian Cancellara also pedalled on this day and tried to beat Vaudoise Ambassadors Dominique Rinderknecht and Linda Fäh. However, the two ladies did not give the ex-professional a chance ?

The following day, Gino Mäder confidently resolved the two-man sprint of the queen stage without getting out of the saddle, ensuring the third Swiss stage victory of the men’s event.
In Richard Carapaz (EQD), the strongest mountain rider won the 84th Tour de Suisse. The South American took victory ahead of Rigoberto Uran (COL) and Jakob Fuglsang (DEN). As the presenting partner on the podium, honouring the overall winner is always associated with great emotion. Vaudoise is impressed by the outstanding athletic performance and heartily congratulates the likeable overall winner, Richard Carapaz.

Finally, there remains only a big THANK YOU to the organisers of the Tour de Suisse for the tremendous cooperation over the past years. The partnership has enabled us to achieve our goals and we will never forget the many stories that the Tour de Suisse and Vaudoise have written together. We wish everyone every success for the future! 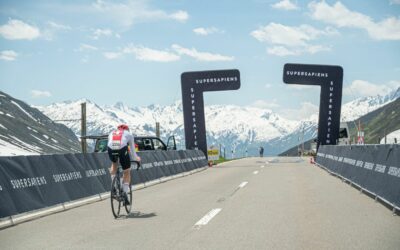 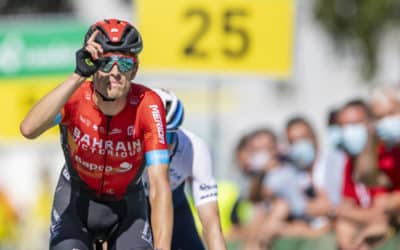 With Richard Carapaz (INEOS Grenadiers), the strongest climber of the pack has won the 84th Tour... 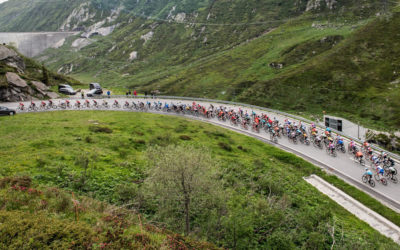