With a sprint victory in Lachen at the end of the second stage Mathieu van der Poel made a return to winning ways. Stefan Küng remains in the race lead by just a second.

Runner-up in the Tour of Flanders behind Kasper Asgreen, runner-up in two mountain bike World Cup rounds – Mathieu van der Poel nearly lost his winning instinct. That was until the Dutchman targeted this second stage of the Tour de Suisse with departure at the picturesque Rhine Falls in Neuhausen and finish at the borders of Lake Zürich.

The riders from the Alpecin-Fenix team worked hard in the final part of the race. On the third climb of the day, the Lichtstrasse climb in Altendorf, their leader came into action. First he responded to a move from world champion Julian Alaphilippe and then he attacked himself on the wet roads to Lachen. Maximilian Schachmann managed to bridge back up but in the final hectometres the Dutch rider placed his decisive move like a torero. Van der Poel surged away and had more than enough time to celebrate the victory in the rain.

“This victory means a lot to me”, said Van der Poel, who isn’t targeting the general classification this week. “In the mountains the climbers will be in command of the race.” Van der Poel is using the race as a stepping stone towards his next major goals: the Tour de France and the Olympic Games in Tokyo.

Stefan Küng went through a rollercoaster of emotions. At first there was a pleasant ride through Eastern Switzerland, then some tough racing towards Lachen, then the announcement at the finish line that he lost out on the leader’s jersey but eventually the correction, that he narrowly hung on to the race lead by a mere second over Julian Alaphilippe.

This second stage was marked by the long breakaway move that included two Swiss riders Claudio Imhof and Tom Bohli and two Canadians Nicolas Zukowsky and Matto Dal-Cin from the Rally Cycling Team who received a wild card invite to this race. Imholf was the last surviving rider from the breakaway, bowing his head at only 8km from the finish. 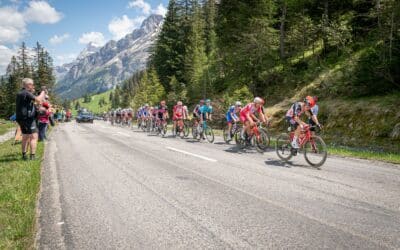 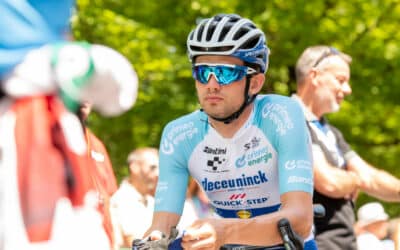 Following a successful first edition in April 2020, the second edition will be a world first in... 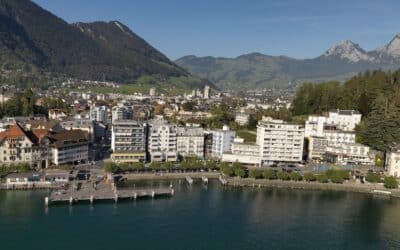