The current situation around the coronavirus pandemic called for a new way to provide a new platform for cycling racing, professional teams and the many fans around the world. A platform in favour of a professional sports event, which had to comply with all epidemic regulations of all countries. Based on a close and intensive cooperation, the Tour de Suisse, ROUVY, Velon and Swiss Television were able to realize the race series “The Digital Swiss 5” within a few weeks.

Thanks to the great support of the Tour de Suisse sponsors and the various media partners as well as worldwide coverage, “The Swiss Digital 5” was made possible in the first place. As a result, this premiere was able to benefit from a very wide media coverage and received corresponding public attention. Public perception was also made possible by a novel and extensive TV production by SRF sport. While one driver was on the TV studio every day, 16 webcams of drivers from all over the world and a wide range of possibilities on the Rouvy platform had to be constantly coordinated and arranged in an exciting production.

During the five digital races, the cycling pros were connected live on their racing bikes by smart roller trainers and the ROUVY app. On his monitor the racer saw his position in the race and himself as a real-life video image. At the same time, the smart roller trainer gave the respective resistance to the pedals – depending on the topography of the track.

The five races from 22nd to 26th April have given the professionals from 16 WorldTour and 3 Wildcard teams including of the Swiss national team. The ascents to Leukerbad, the Nufenen Pass and over the Lukmanier Pass are neither in reality nor virtually a walk in the park. It was fought and suffered – just like in any other professional race. Thanks to webcams at the riders’ homes, the suffering could be followed and even the riders could be compared. It turned out that especially those drivers who can push constantly high wattages could benefit from it. The victories of Stefan Küng in his home race around Frauenfeld and the nerve-racking duel with Michael Matthews will go down in history as highlights. Besides Küng, Rohan Dennis also won two races. Nicolas Roche completes the illustrious list of winners.

This is what the professionals say about “The Digital Swiss 5”:

Stefan Küng (Groupama – FDJ) describes the races as very hard and with real racing feeling. All the athletes were very ambitious and had accordingly called upon their top performances. What is also fascinating about this format is that despite the large distances between the drivers, they can all compete against each other.

Silvan Dillier (AG2R La Mondiale) welcomes the fact that in the ROUVY system you are not driving in a completely artificial landscape, which he at least tried to enjoy during the tough races.

Nicolas Roche (Team Sunweb) was thrilled about “The Digital Swiss 5” line-up by his team and is happy about his race win after a total of five weeks of preparation.

Rohan Dennis (Team Ineos) underlines the effectiveness of role training and digital racing for his ambitions in future time trials.

“The Digital Swiss 5 was a venture for everyone with many unknowns. Thanks to the tireless efforts of all parties involved, a successful implementation was ultimately ensured. Exciting races, great winners, satisfied sponsors and enthusiastic fans who were able to follow their professionals live – the premiere can be described as successful”, says Joko Vogel, Co-CEO Cycling Unlimited AG.

The Tour de Suisse organisation is delighted with the successful launch of the first digital racing series. Possible future implementations are to be further professionalized based on the experience gained. The Swiss National Tour will thus continue to distinguish itself as an innovative and exceptional professional tour.

With “The Digital Swiss 5” another wish of the Tour de Suisse organisation could be fulfilled: To bring the fan racers and hobby athletes closer to the professionals in terms of racing. The fan race, which took place daily after the professional race on exactly the same track, was very popular and gave the participants a direct comparison of their own performance with the professionals. Also in these races, in which a total of almost 2,000 participants competed, everything was thrown into the scales and fought with enthusiasm.

The organizers are making the next steps dependent on the final results of “The Digital Swiss 5”. This is based on viewer and reader numbers, media analyses, technical possibilities, feedback from athletes and partners as well as from cycling fans. If all the traffic lights are green, a decision will be made on whether to hold further national and international events.

Joko Vogel concludes: “Under the motto ‘special circumstances require special measures’, we have seized the opportunity to launch a new, innovative form of bicycle racing and are proud of what we have achieved. If we want to establish this type of race, there are still some challenges waiting for us, but we are happy to tackle them.

> To video with interesting statements of the TdS Organisation, Velon, SRF, ROUVY and cycling pros

To Cycling Unlimited:
Combining forces in Swiss cycling. Infront Sports & Media AG, Swiss Cycling, TORTOUR GmbH and ProTouchGlobal GmbH are the owners of Cycling Unlimited AG – a comprehensive platform for cycling enthusiasts. Based on the extensive competencies of the partners, cycling will be further developed at all levels. Starting in 2020, Cycling Unlimited AG will be responsible for organising well-known national professional and hobby cycling events. These include the Tour de Suisse, the Tour de Suisse Challenge, the TORTOUR Ultracycling and TORTOUR Gravel as well as the Swiss Cycling Alpenbrevet. The main focus of Cycling Unlimited AG is to build a far-reaching community and communication platform for everyone who identifies with cycling.

To ROUVY:
The Czech company ROUVY is one of the most popular providers of indoor training software solutions in the cycling community. ROUVY differs from other providers thanks to realistic representations of the route simulations. These are based on real video recordings of the routes. Besides a variety of existing routes like the Furka Pass, the Stelvio or other cycling classics, ROUVY also offers a wide range of virtual events for the benefit of its user community. 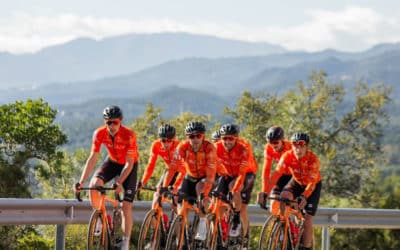 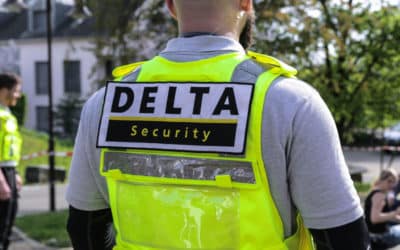 SECURITY AT ITS BEST from DELTAgroup

DELTA Security AG - quality and professionalism in the security industry since 1991 and from this...

The most important team switches and changes for 2021 For the coming 2021 season there will be a...