The first digital pro-cycling race from 22 to 26 April daily at 5 pm live on SRF2/RTS2.

Tour de Suisse, ROUVY and Velon present the first digital race with the best pro teams in the world. Next Wednesday the race series The Digital Swiss 5 will start – daily at 5 pm on SRF2/RTS2.
The best teams in the world compete against each other for five consecutive days on the ROUVY Indoor Cycling Reality platform. In the new racing format, The Digital Swiss 5, riders compete against each other every day on some of the most beautiful Tour de Suisse stages, and of course in compliance with all corona epidemic regulations. And for cycling fans at home and abroad, there will finally be a cycling event to cheer on live.

19 teams (16 WorldTour and 3 wildcard teams including the Swiss national team) will start to the world premiere in digital pro racing. The cycling pros are connected on their racing bikes by smart roller trainers. While the racer sees the track and his position in the race on the monitor in real time and as a real-life video image in front of him, the smart roller trainer applies the respective resistance to the pedals – depending on the topography of the track.

“My first experiences on the occasion of a virtual day race a few weeks ago made me realize: Virtual races are definitely not easy. The races are shorter than normal races, but the intensity is much higher and you have a much smaller time window in which you can make the tactical difference. I’m glad that we can provide entertainment for the fans, even though we can’t drive on the street. The drivers are also very motivated and the teams get a chance to present their sponsors. Surely we have some tough races ahead of us next week, so I will give everything to be able to celebrate another virtual victory,” assures Greg van Avermaet (Team CCC)

The starting list for The Digital Swiss 5 reads like a who’s who of the international cycling elite;
From the current World Champion Mads Pedersen (Trek-Segafredo) to the Olympic Champion Greg van Avermaet (Team CCC), Julian Alaphilippe (Deceuninck-Quickstep) – last season’s high-flyer in his own right, to the Belgian “wunderkind” Remco Evenpoel (Deceuninck-Quickstep), this year’s winner of Paris-Nice Max Schachmann (Bora Hansgrohe), the hour record holder Victor Campanaerts (NTT Pro Cycling), the overall classification riders Primoz Roglic (Jumbo-Visma), Adam Yates (Mitchelton-Scott), Romain Bardet (AG2R La Mondiale) up to the winner of all three Grand Tours Vincenzo Nibali (Trek-Segafredo), they are all there.
And Switzerland is also represented with very strong names;
Among others, the reigning Swiss champion Sébastian Reichenbach (Groupama-FDJ), the stage winner of 2018 Stefan Küng (Groupama-FDJ), as well as the most successful Swiss athlete Michael Albasini (Mitchelton-Scott) and Silvan Dillier and Mathias Frank (both AG2R La Mondiale) will be competing at Digital Swiss 5.
The Swiss Cycling line-up also includes Nino Schurter, the record-breaking mountain bike world champion. Although a digital race will also be new territory for him – he is not completely unfamiliar with the Swiss National Tour, as he started at the TdS 2014.

Drivers will be able to drive sections of the Tour de Suisse 2021 for approximately one hour between Wednesday, 22 and Sunday, 26 April 2020. The races will be broadcast live by Swiss Television SRF2 and RTS2 from 5 p.m. and will be supplemented with many exciting background reports for all viewers at home.
You drive via detailed route simulations on ROUVY. In these video recordings of the real tracks, the individual cycling pros are displayed as 3D avatars in the look of the respective cycling teams – true to their position in the current race. These digital racing images are supplemented by live pictures of the professional cyclists at home during TV broadcasts. The races of The Digital Swiss 5 are also commented by experts and Velon delivers performance data live from the living rooms of the cycling pros.

By means of a live ticker on the official Tour de Suisse app, search.ch keeps fans who cannot follow the races live on TV up to date
In addition, all those who have a ROUVY AR subscription can follow the races via spectator mode, switching between the riders’ positions.

“For the spectators this form of cycling race will be as new as for us athletes. We do not know exactly what we have to expect. I’ve heard that we can’t ride in the slipstream on ROUVY?!” jokes Michi Schär, who will be competing for his brand team CCC as well as for Swiss Cycling on the same day.

The fans get very close to the professionals despite social distancing. Because every evening at 7 p.m., the international cycling community can compare themselves with the crème de la crème of cycling on the identical sections of the Fan Race. An innovation which, in the current situation, at least partially satisfies the need for cycling competitions. To perform the same services as the professionals for five days is certainly a new and unforgettable experience for many. 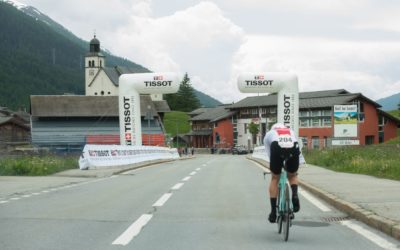 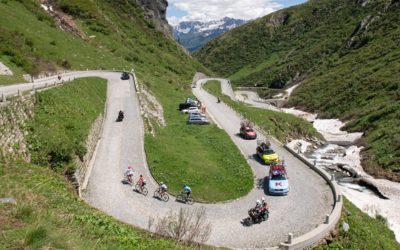 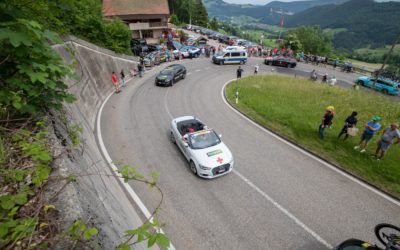