The Tour de Suisse 2021 promises a fast time trial and spectacular sprint finishes in the first half, followed by a series of the most demanding mountain stages in recent times, including a mountain time trial and climbs over the triple peaks of Furka-Grimsel-Susten.

The Tour de Suisse is set to provide great cycling next summer.
The riders of the participating teams will start on Sunday 6 June from Frauenfeld (TG) for the 84th edition of the Tour de Suisse. The route heads counter clockwise to the Lake Zurich region, across the Mittelland into Valais and culminates in the heart of the Alps.
This year, the Tour de Suisse will again create a twofold race experience in the regions and on TV screens with additional circuits at several finishes.

Hobby cyclists can take part in the NEW Tour de Suisse Challenge. The popular sporting event on the original route of the Tour de Suisse is getting a facelift for 2021!
Now amateur riders may complete either four stages or indeed all eight stages of this year’s Tour de Suisse on the original route on the same day as the professionals. The start is in the morning before the pros. Cyclists will ride in groups led by professional TdS Challenge Road Coaches, such as former elite riders Sandro Muhl and Lukas Winterberg.
Hobby cyclists are also accompanied by masseurs and a mechanic and stay in the same hotels as the professional teams. With optional additional packages, participants can customise their adventure and are guaranteed an unforgettable cycling experience.
Further information and registration is available here.

For both race weekends – as far as the pandemic situation in June allows – further attractions are planned in the Tour de Suisse Village such as TdS Kids-World, TdS Bike-Expo and culinary delights for an unforgettable cycling experience.
On Saturday 5 June, the teams will be presented in Frauenfeld. Cycling for young and old is possible with the Charity Ride and the Family Ride (slow-up), which will take place on a closed course.

At the present time, it is impossible to make precise predictions about the impact of the pandemic on the Tour de Suisse in June 2021. Currently organisers assume that they will be able to hold the 84th event as planned.

For months, the Organising Committee has been in close contact with all the organisations and authorities concerned.
Obviously, the most critical issues relate to public gatherings, such as the various spectator attractions within the TdS Village, VIP areas and so on. The large number of spectators along the race route is also a challenge for a functioning protection concept.
These range from a TdS excluding the public and without any attractions to individual, targeted open areas and attractions. Due to the ever changing situation, it is not yet possible to make definite statements about the way the event can be held. Such details will be determined in cooperation with the authorities in the coming weeks and months and then communicated.

That cycling races are possible since the outbreak of the Corona crisis – and can also be held without incidents – has been shown by a large number of major cycling races abroad both in 2020 and this year.

The eight breathtaking stages of the Tour de Suisse 2021:

The Tour de Suisse 2021 starts with a short individual time trial in Frauenfeld.
On a flat circuit in the northern part of Frauenfeld this promises to be a high speed race against the clock. Time trial specialists will fight for every split second from the first metre.
Will Stefan Küng be able to exploit his home advantage and don the yellow leader’s jersey in Frauenfeld as he did three years ago? He faces competition from young Stefan Bissegger, who, like Küng, also lives in the immediate vicinity of the race course and is one of the strong time trialists in the peloton.

The first mass start of the 84th Tour de Suisse takes place in Neuhausen am Rheinfall set in a spectacular location. The world’s cycling elite will have the Rhine Falls – Europe’ s largest waterfall – directly in front of them as they head off on a steep incline.
From the northernmost tip of the country the route then heads via Schaffhausen to Steckborn on Lake Constance and Weinfelden.
By the time cyclists reach the Tösstal region, the stage shows its undulating aspect, including two KOM categories in Ghöch and on the Oberricken.
Via Gommiswald and Reichenburg the riders approach the Obersee and the stage finish in Lachen. The approach is not direct but over a hilly course including two KOMs.
The first stage will be dominated by tactical play, courageous attacks and the chance of grabbing the leader’s jersey.

The third and longest stage is all about lakes – no less than six lakes are passed along the route.
The start is at the Upper Lake Zurich. The route leads along Lake Aegeri over Sattel to Arth-Goldau and Lake Zug. From there it leads over Lake Baldegg and Lake Hallwil to Zofingen.
The field will complete an additional circuit before arriving in Pfaffnau.
The third stage has the character of a spring classic due to the hilly terrain, which should make for an exciting race for the worldwide TV audience.

On Wednesday, the international field of riders start in front of the 18th century baroque monastery of St. Urban towards the Bernese Oberland.
The 4th stage goes through Entlebuch to Langnau i.E. The route then follows the Gürbental via Münsigen, around Thun and Spiez and then branches off into the Simmental in Wimmis.
The KOM of the fourth stage will be crowned in Schönried before the descent into Saanenland.
As in 2018, the final will be held at Saanen Airport, including a loop across the tarmac.
Chris Juul-Jensen’s breathtaking final sprint in the rain in June 2018 is a striking memory of this stage.
It remains to be seen whether the sprinters will be able to put together a breakaway group and deliver a final showdown, or whether another brave and courageous maverick like Juul-Jensen will be rewarded in Gstaad. Whatever the case a fast and exciting race to the finish is anticipated.

The fifth stage of the Tour gets underway in the picturesque centre of Gstaad.
With the Col du Pillon, a perfect opportunity for possible breakaways is already on offer early in the stage.
After a rapid descent via Les Diablerets, stage 5 passes the headquarters of the International Cycling Federation UCI in Aigle.
Unlike three years ago, this year’s Tour takes a new, less familiar route to Leukerbad. The more difficult ascent leads over an impressive number of serpentine turns to Bratsch and Albinen then on to Leukerbad.
This new climb is guaranteed to shuffle the overall classification and create a few upsets.

Now the alpine challenges follow thick and fast.
The route from Fiesch in Valais to Ticino, the Nufenen Pass, is the highest road pass in Switzerland.
From Airolo the tour descends the Levenitina Valley to Biasca. From there it continues over the second busiest alpine pass of the Tour de Suisse – the Lukmanier Pass – into Graubünden.
In Disentis, the race convoy turns left into the final ascent (9km) to Sedrun.

The final weekend will take place in 2021 at the destination hub of Disentis/Sedrun – Andermatt.
The mountain time trial on Saturday from Disentis over the Oberalp Pass to Andermatt symbolically connects the two cantons of Graubünden and Uri, which have close regional links.
It will be exciting to see whether the pure time trial specialists can prevail or whether a climber or even an all-rounder will take the stage.
For GC contenders, the mountain time trial provides a final opportunity for improvement before the concluding Queen’s Stage on Sunday.
The breathtaking track over the pass with the lighthouse as a backdrop will provide thrilling racing images for TV viewers.

The Tour de Suisse 2021 culminates in a brilliant Queen’s Stage. The demanding alpine circuit passes over the triple peaks of Furka-Grimsel-Susten. The crowning final climb to the finish in 2021 heads through the legendary Schöllenen Gorge to Andermatt.
With four KOMs up for grabs and scarcely any flat sections, the stage reaches a total ascent of 3,600 metres in altitude.

It is safe to assume that the Tour de Suisse 2020 will remain exciting and open until the last day.

Details of the eight stages can be foundhere.

You can already ride selected original routes of the upcoming Tour de Suisse and all five stages of the DigitalSwiss5 at home via ROUVY with your roller trainer and compete against other athletes. 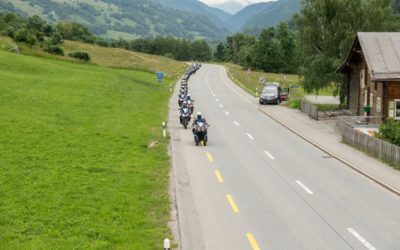 On three-wheels at the Tour de Suisse? 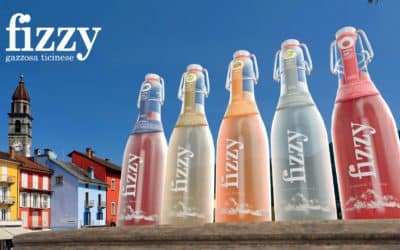 A sparkling refreshment during the Tour de Suisse 2021. Like the professional cyclists, Tour de... 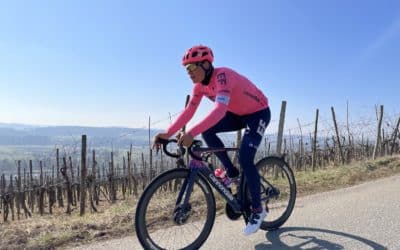 The young professional cyclist (EF Education-NIPPO) from Thurgau talks to us about his earliest...