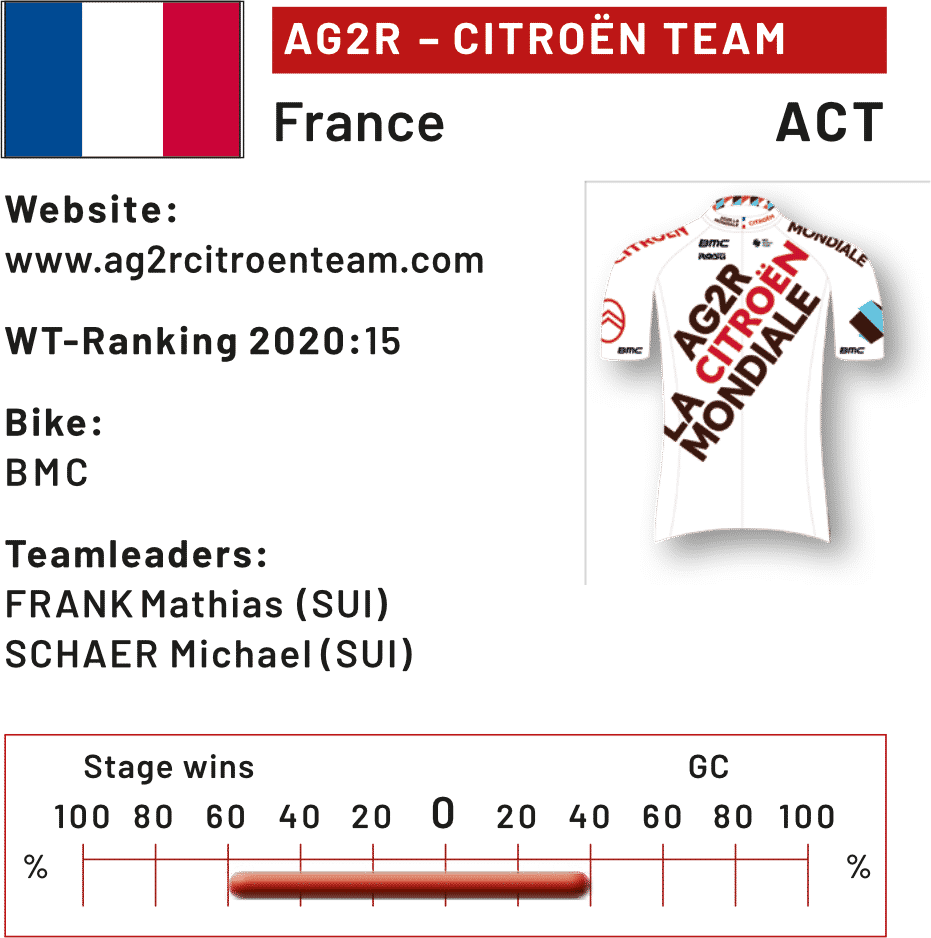 After the departure of Romain Bardet, the French team is increasingly focusing on the classics with riders like Bob Jungles and Olivier Naesen and the Olympic winner Greg van Avermaet.

As well as U-23 World Champion of 2017 Benoit Cosnefroy, Giro and TdF stage winner Nans Peters is also planning to take part in the TdS.
Swiss rider Michi Schär, who has joined the French team together with Greg van Avermaet for the new season, will also compete in the Tour de Suisse.

Mathias Frank, the overall runner-up in 2014, will bid farewell to professional cycling. In the 14 years of his career, Mathias Frank was one of the greats of Swiss cycling and even gave the local fans hope for an overall victory at the Tour of Switzerland in both 2012 and 2014.