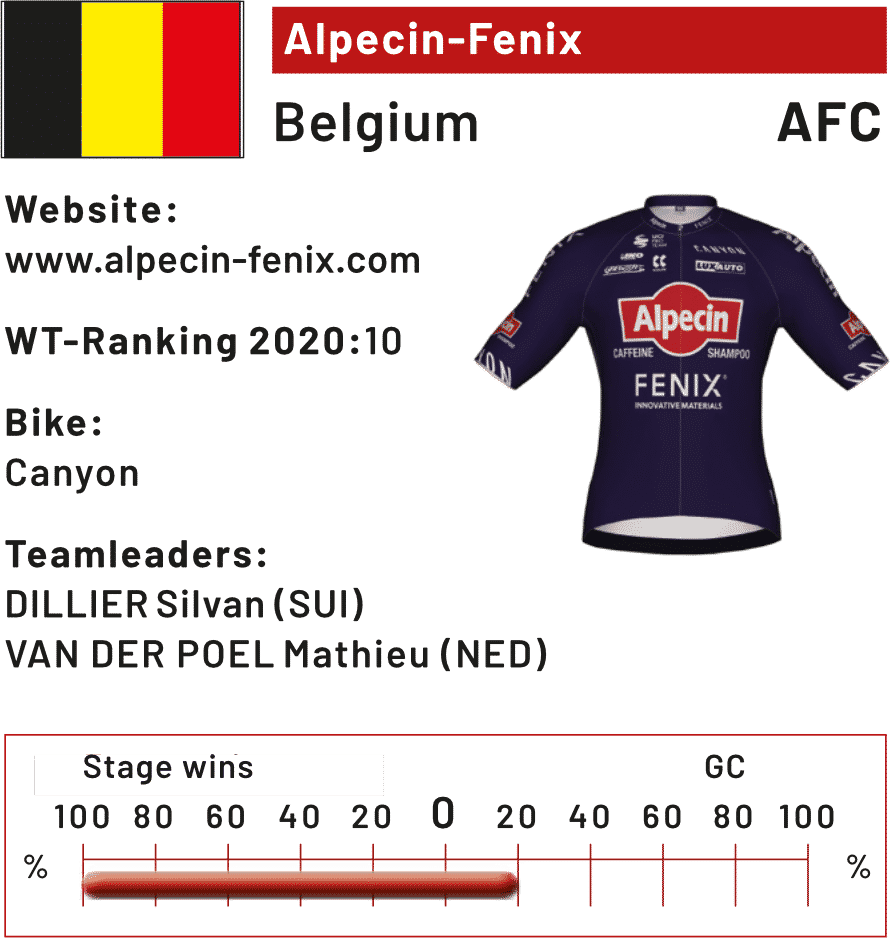 The Belgian team is a fixture in cyclo-cross, competes in the major Mountain Bike races and is also on the road as a UCI pro team in the second highest category.

As the best pro team of the 2020 season, the Belgian team benefits from an automatic invitation to all the big World Tour races.

The biggest name in the Belgian team is undisputedly the exceptional rider Mathieu van der Poel. The four-time cyclo-cross World Champion is active in almost all cycling disciplines. In spring he duels in the biggest classic races (last year he won the Tour of Flanders) and in summer he will be looking to beat Nino Schurter on the mountain bike at the Olympics.

Tim Merlier is proof that the team consists of more than just the high-flyer van der Poel. The Belgian sprinter triumphed in the early part of the Giro this year.
Former Swiss champion Silvan Dillier donned the colours of Alpecin-Fenix this season and is certainly hoping for a lot in the first stages in June.