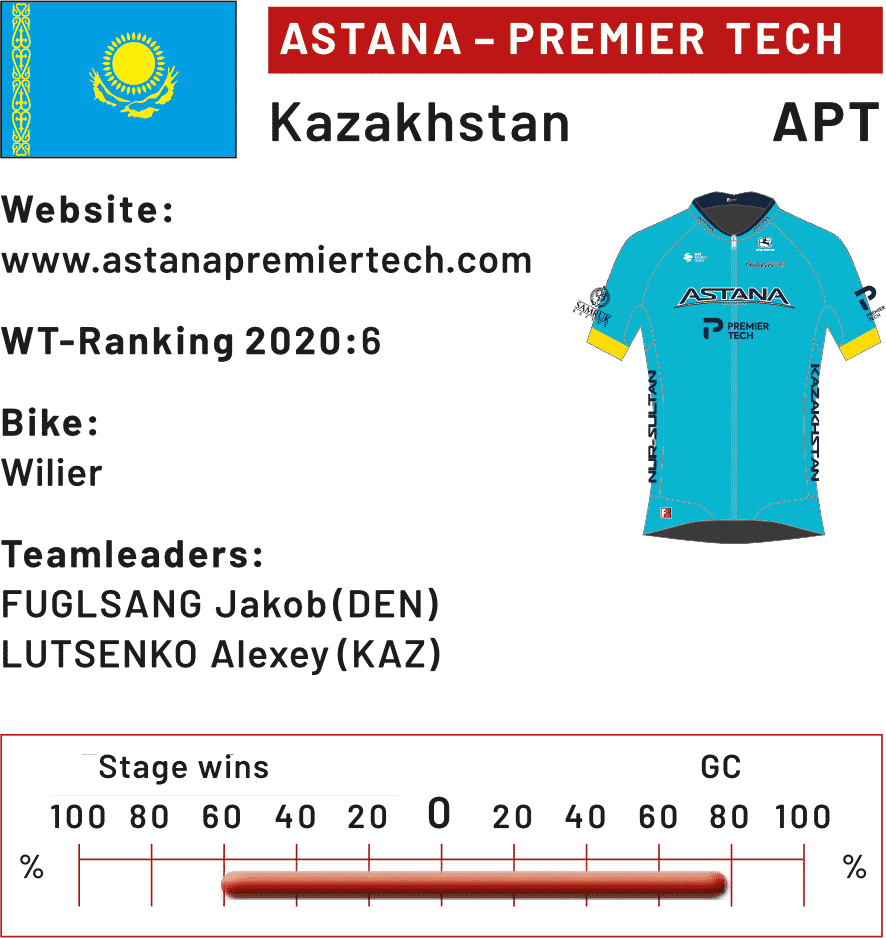 The Kazakh team Astana has been one of the most active and prominent teams in the TdS for several years – not only because of their jerseys in the eye-catching Kazakh national colour light blue.

Here in 2018, the Dane Jakob Fuglsang made a name for himself with his strong attack in the mountain stage to Arosa and his third place overall.
In 2019, Spanish champion Luis Leon Sanchez won the hilly stage in Langnau i.E.