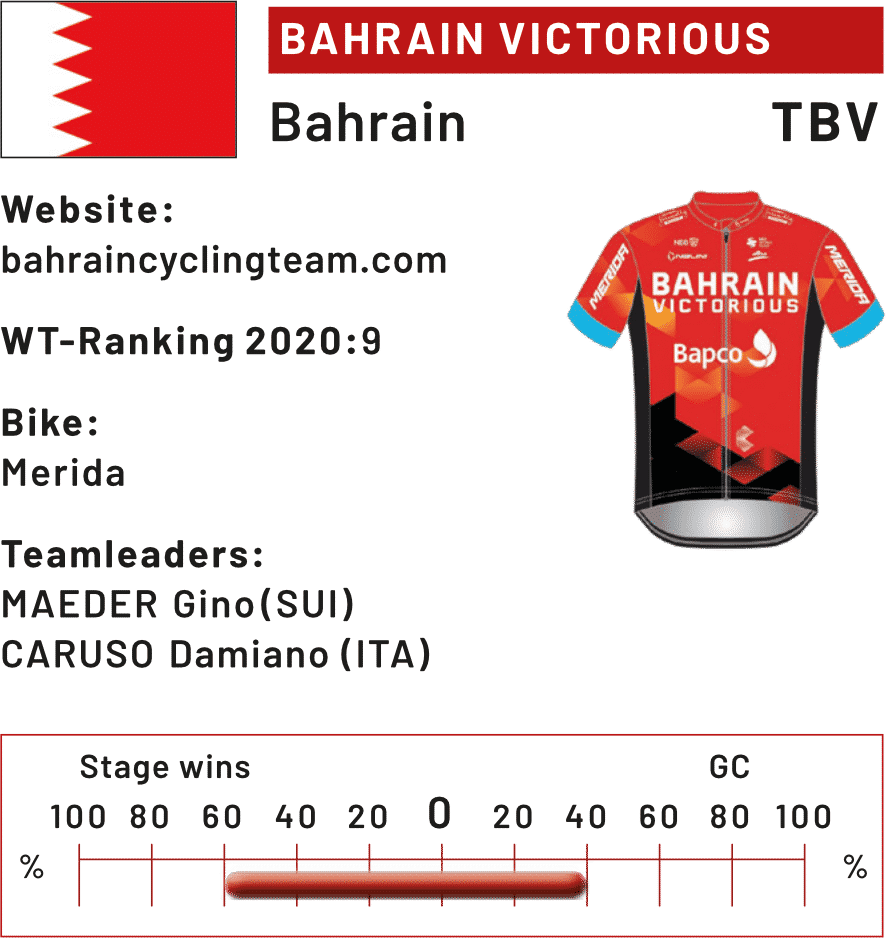 In 2018, the strong sprinter with the cinematic name Sonny Colbrelli made his mark at the TdS. He defeated Peter Sagan and Fernando Gavira in the sprint in Gansingen.
His compatriot Damiano Caruso was able to finish the TdS 2017 in second place.
The latest figurehead of the team is the Basque Mikel Landa, who unfortunately dropped out of this year’s Giro.

With Gino Mäder, the team from the Persian Gulf now boasts a Swiss rider this season who has his sights set on the TdS. With his stage victory at the Giro d’Italia, Gino Mäder has already proven his form.