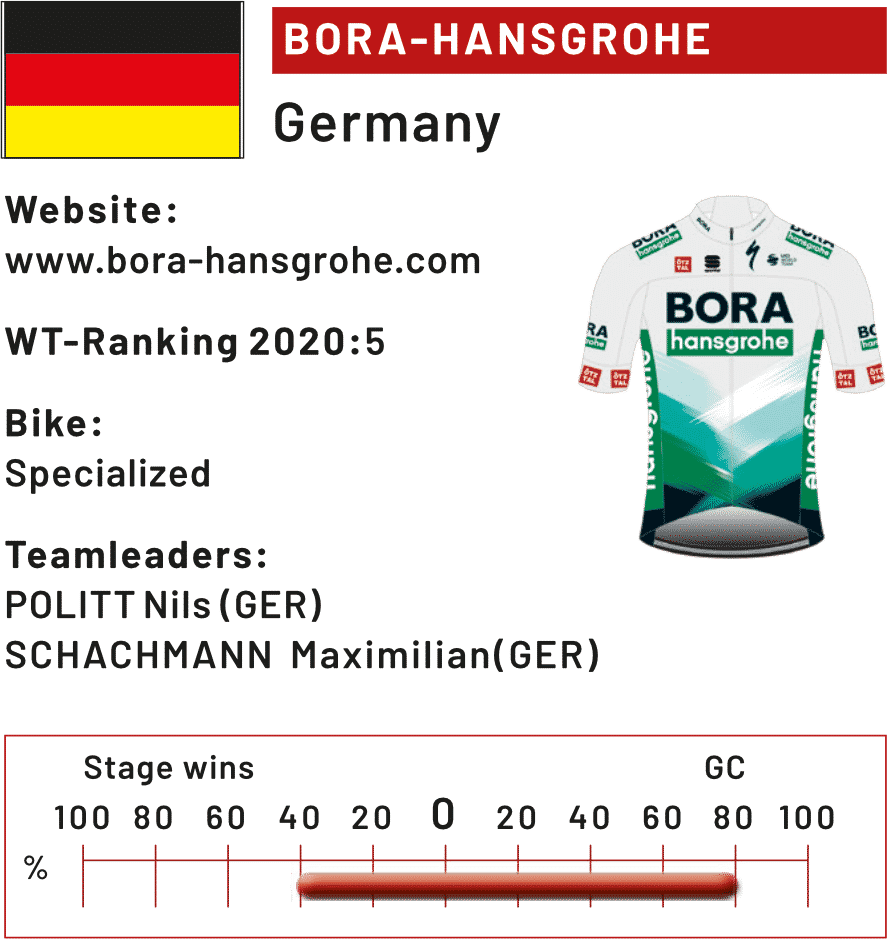 Thanks to the three-time Road World Champion, the specialist for cooking systems Bora and Hansgrohe (active in the field of bathrooms and bathroom fittings) is now a household name to most Cycling fans. The team colour is white with turquoise elements.

In recent years, Peter Sagan has always won at least one stage at the Tour de Suisse. He now holds the exclusive record of TdS stage wins with 17, surpassing the Swiss Fabian Cancellara, Hugo Koblet and Ferdy Kübler.
Whether Peter Sagan plans to increase his record this year is still unclear at the moment.

On the other hand, Maximilian Schachmann – winner of the last two editions of Paris-Nice – has announced his ambitions for the overall classification of the Tour.
With Nils Politt (second in Roubaix 2019) and Marcus Burghardt (winner of 2 stages TdS 2010), two more German riders have registered for the TdS 2021.