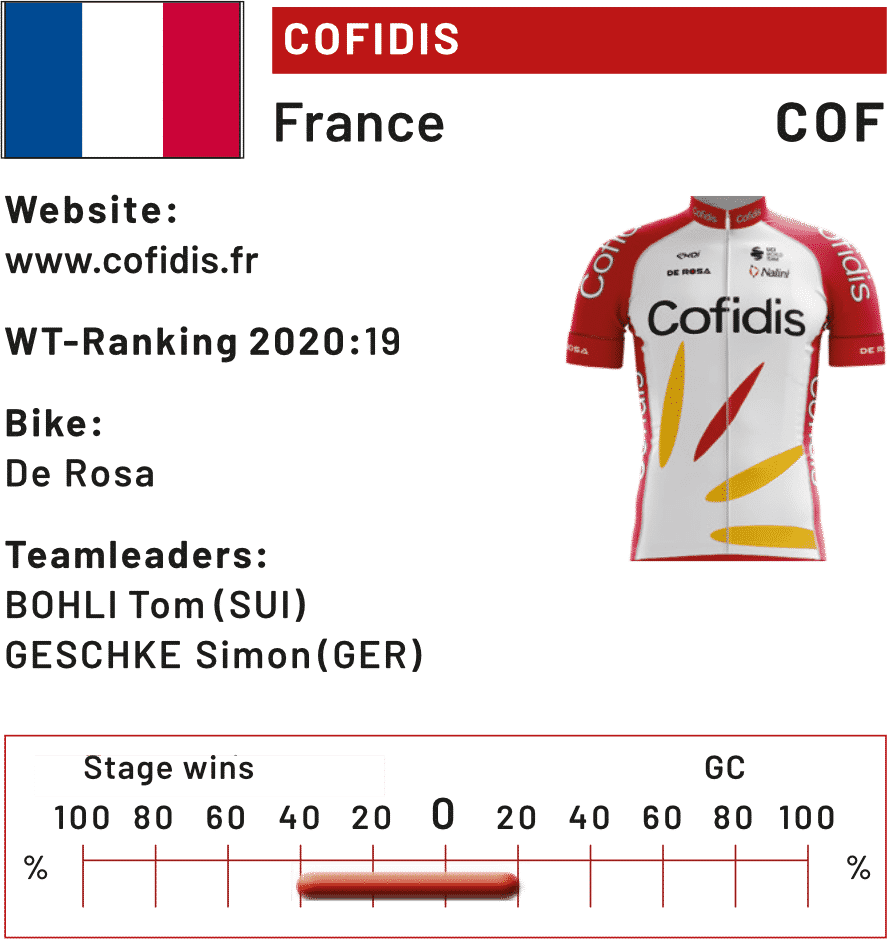 The French team has been active in cycling since 1997 and also has a Paralympic team.
The main sponsor is the consumer credit company Cofidis.

The best-known rider of the French team is the Italian sprinter Elia Viviani, who won two stages at the last Tour de Suisse. Viviani has already won five stages in the Giro, three stages in the Vuelta and Olympic gold on the track.
The Spaniard Jesus Herrada also made a name for himself with his strong attack on the mountains and won a stage at the Vuelta.
Since last season, the Australian Nathan Haas has been under contract with the French team. He attracted attention at the last edition of the TdS with a sprint for the 58th stage place on the Gotthard.
German rider Simon Geschke also stands out in the peloton with his beard.
Now with Tom Bohli wearing the red and white jersey, Cofidis has a Swiss rider in their team this season.