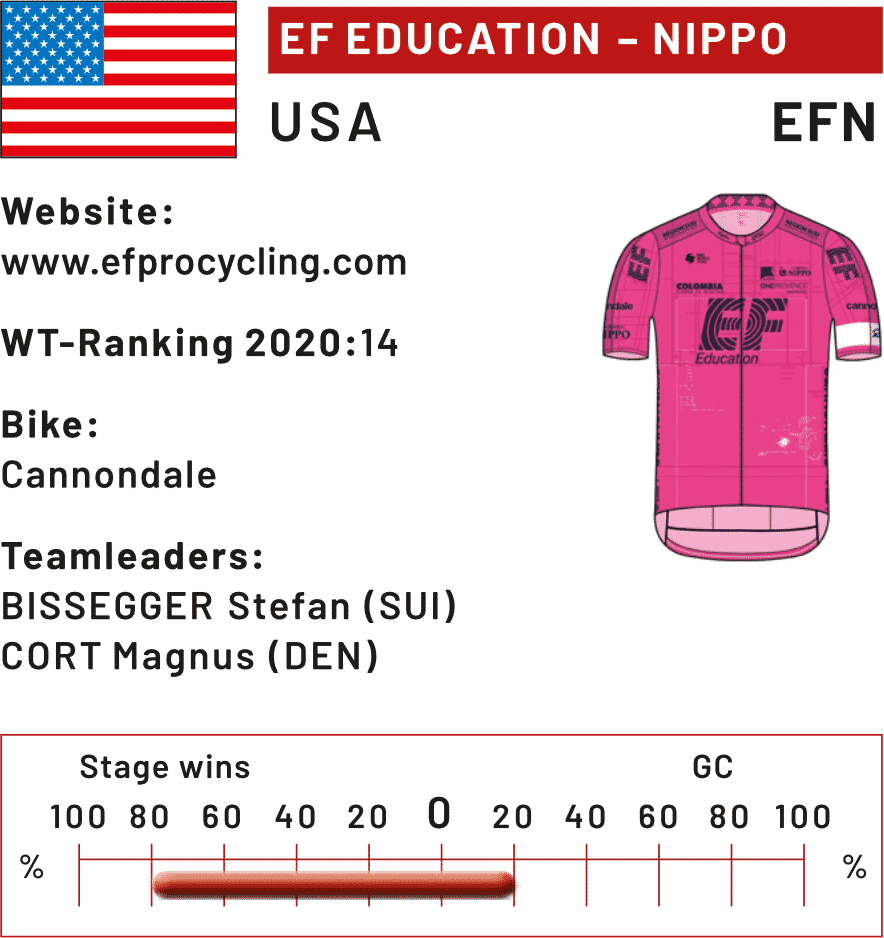 The team is under the patronage of EF Education – a global provider of education and travel services based in Lucerne.
Under the leadership of Team Manager Jonathan Vaughters the team rides in eye-catching pink and draws attention to itself with fresh and bold campaigns.
New on board for the 2021 season is NIPPO from Japan.

With the Colombian Rigoberto Uran, who has already narrowly missed out on the overall victory at the Giro d’Italia twice and who has previously waved from the second highest podium in Paris, the team has an accomplished leader.

The British rider Hugh Carthy achieved what was probably the longest solo escape in the history of the Tour of Switzerland on the 2019 Queen Stage. He then confirmed his form in Autumn with a final podium place at the Vuelta.
Young Swiss Stefan Bissegger aims to cause a stir at the Tour de Suisse opener in Frauenfeld. Bissegger, who lives not far from the Time Trial course, hopes to celebrate his first World Tour victory on Swiss soil and be the first to pull on the yellow jersey.
Whether the winner of the 7th stage of the 2016 Tour de Suisse to Sölden, Tejay Van Garderen, will start at the Tour de Suisse remains to be seen.