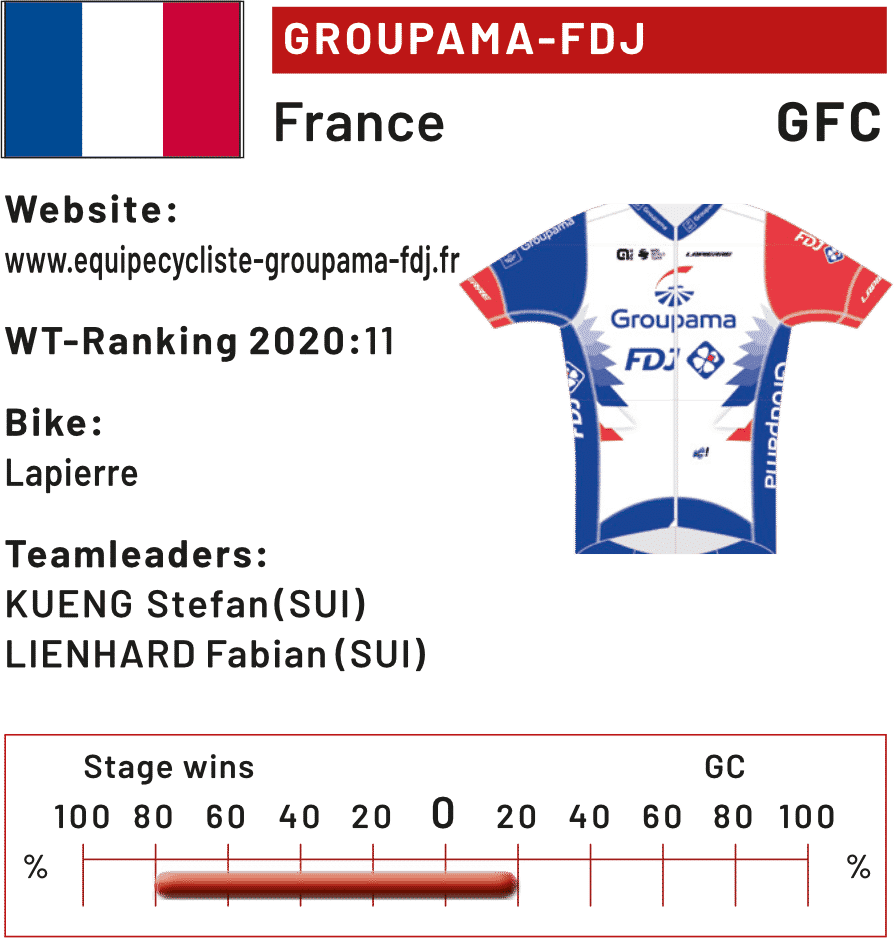 The French National lottery company, La Française des Jeux, has been sponsoring the team around former cyclist Marc Madiot since 1997. With the insurance company Groupama, the team has a second major sponsor.
On the road in the French National colours of royal blue, white and red are the two French favourites, Thibaut Pinot and Arnaud Démare, as well as young French hopefuls such as David Gaudu, Rudy Molard and Valentin Madouas.

From the Swiss perspective, Stefan Küng in his Swiss National Champion jersey stands out. Küng, who after winning the opening Team Time Trial in 2019 wore the yellow leader’s jersey of the TdS for 4 days, and then also won the final Individual Time Trial, hopes to win the yellow jersey again this year at home in Frauenfeld in the opening Time Trial.

In addition to the mountain specialist Sébastien Reichenbach from the French-speaking part of Switzerland, Matteo Badilatti from the Grisons and the sprinter Fabian Lienhard, the French team has the strongest Swiss fraction at World Team level.