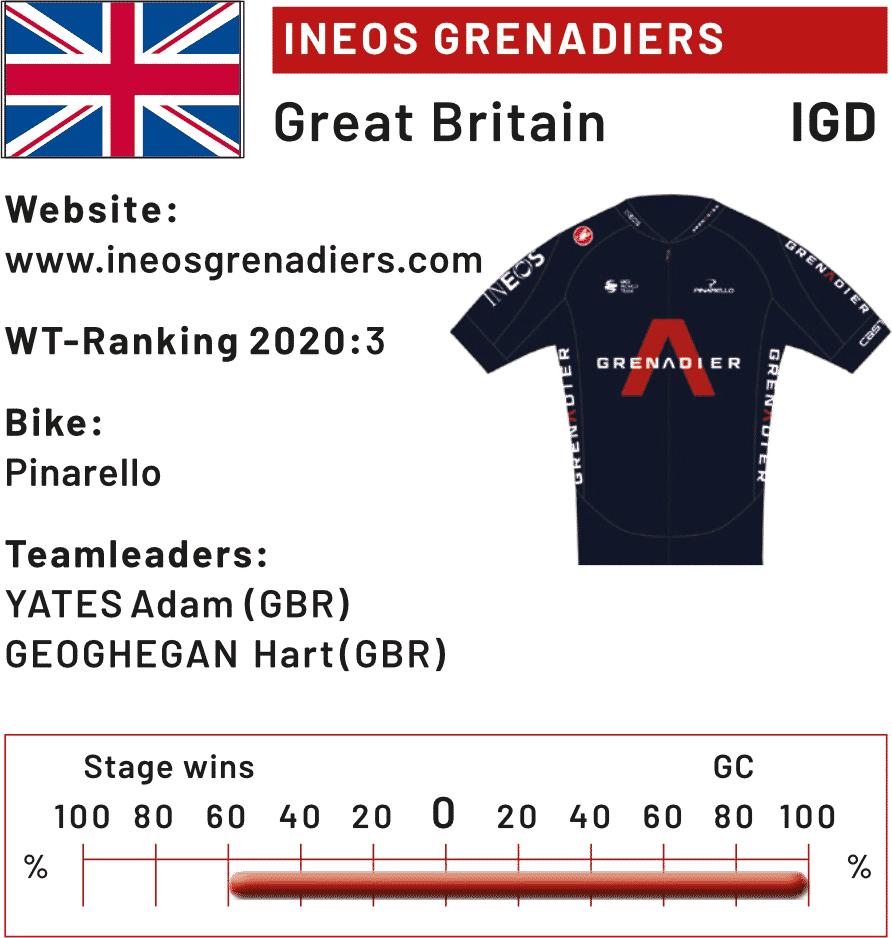 With INEOS Grenadiers, the British have a superlative team. They are the benchmark in terms of budget, support staff and victories at the Tour de France.

With Richard Carapaz, the 2019 Giro winner, a strong mountain rider has expressed his interest in the TdS. As well, the young cyclo-cross talent Tom Pidcock is also planning to start in Switzerland. Pidcock, who like Mathieu van der Poel rides cyclo-cross, mountain bike and road, celebrated a high-profile start in the professional ranks this spring.