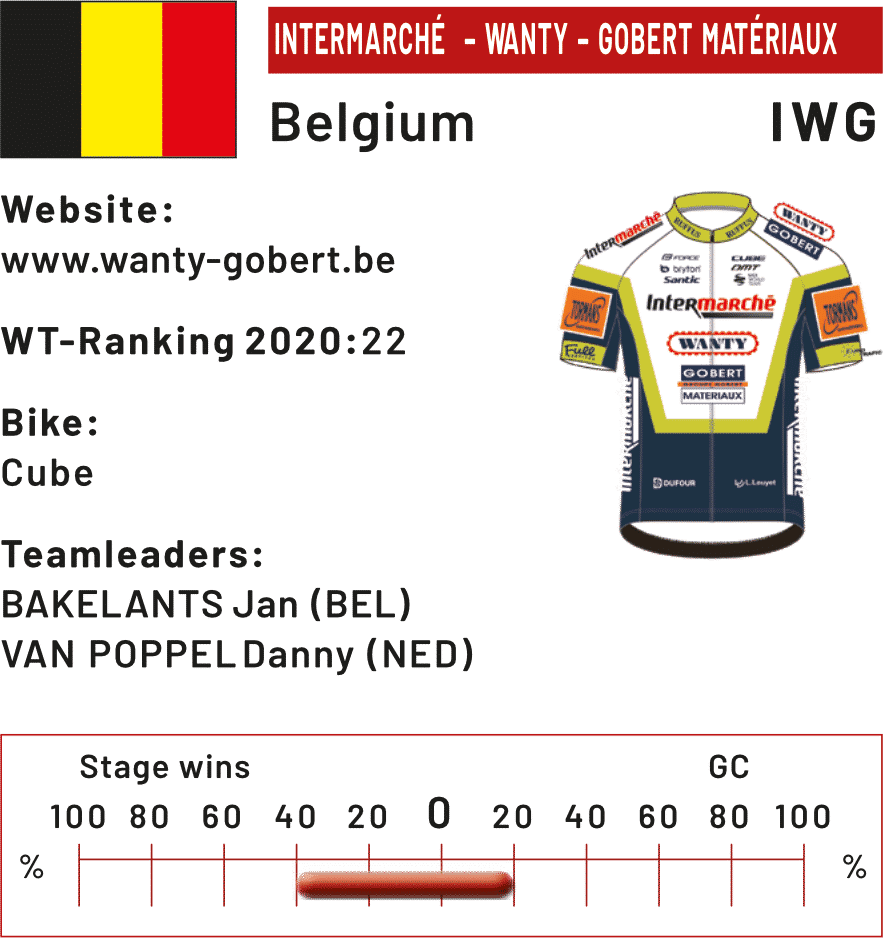 Team CCC – which emerged from Team BMC – fell victim to the Corona crisis at the end of last season. The Belgian Continental team Circus Wanty Gobert took over the WorldTour licence for the current season and is now competing in the international top league under the name Intermarché Wanty Gobert.

The team celebrated its first victory of the season with Taco van der Hoorn’s solo escape at the Giro.
The Belgian team is full of classic specialists and also some names from the cyclo-cross scene like Quinten Hermans.
The Czech Jan Hirt drew attention at the 2019 TdS with a strong fifth place in GC.
In the South African Louis Meintjes, the team has a young rider who has already ridden into the top 10 of the Tour de France (8th GC in 2017).