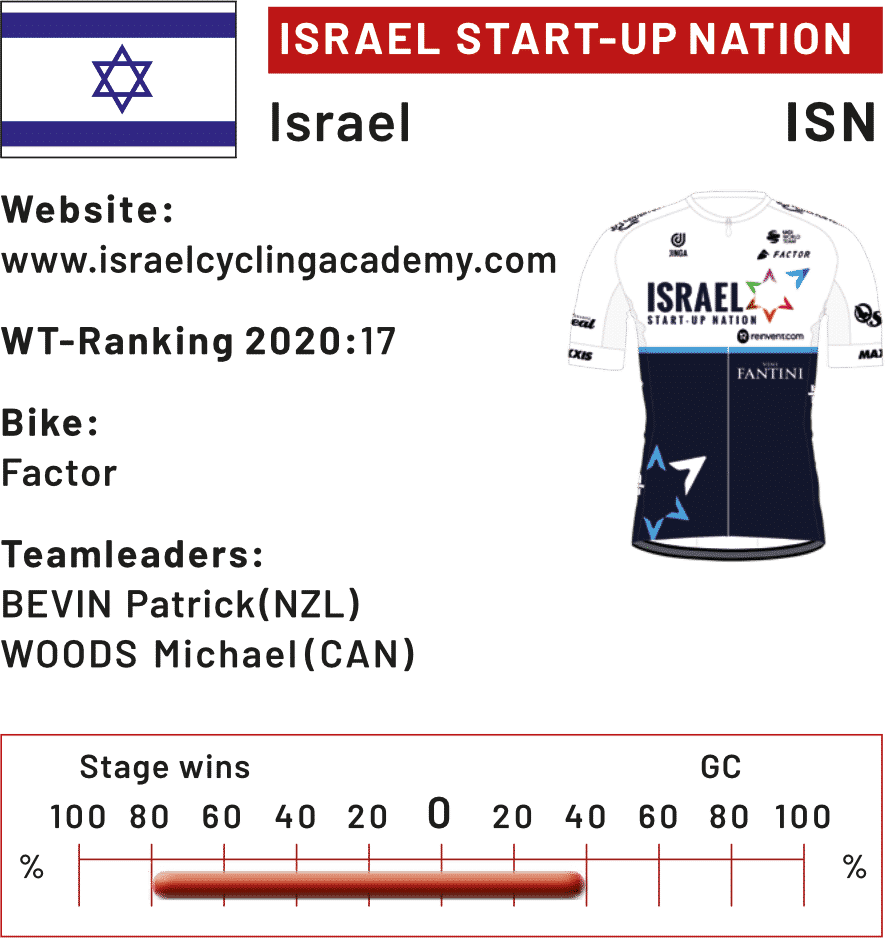 The young Israeli team has made a name for itself over the winter with its recruitment of four-time TdF winner Chris Froome. The British rider has been quiet of late, but Canadian Michael Woods has scored two stage wins for his new team this season. Whether the former long-distance runner will also compete in the Tour de Suisse is still unclear.

Another well-known name is the German sprinter André Greipel, who has already commented on the Swiss mountains with a twinkle in his eye, and the Irishman Dan Martin, who would certainly feel at home in our Alps.

Sprinter Davide Cimolai is planning to start at the TdS 2021, as is Patrick Bevin.
From the Swiss perspective, it is to be hoped that Reto Hollenstein will once again take part in his home race.