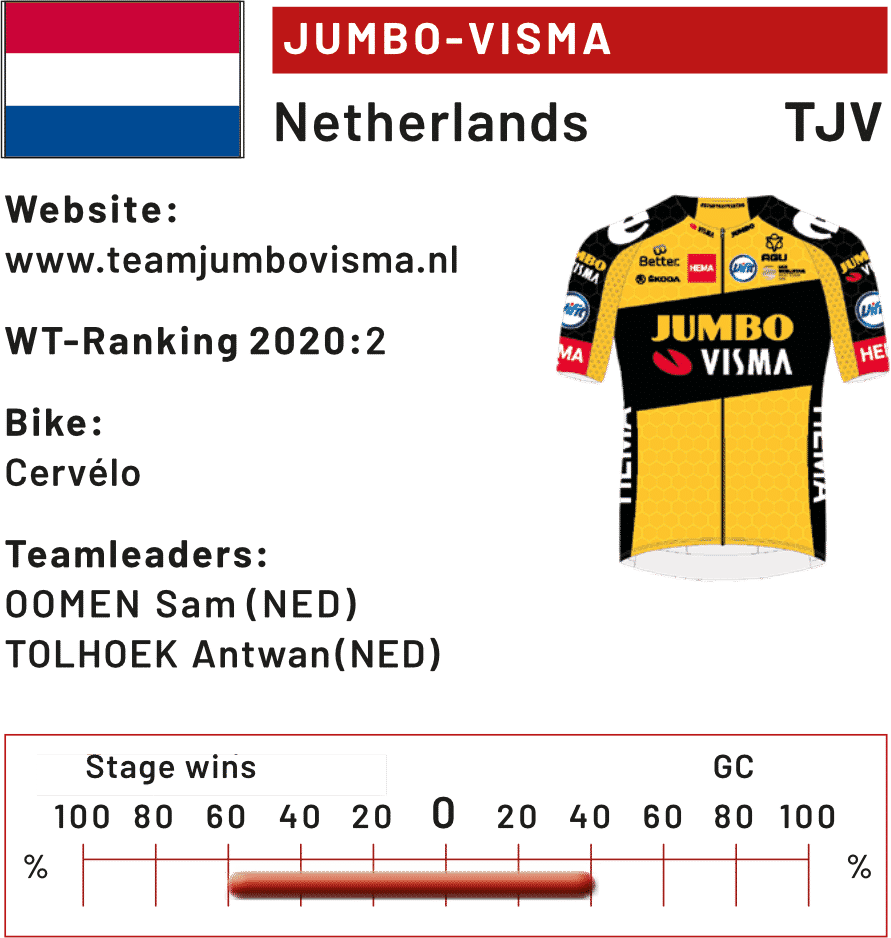 Team Jumbo – Visma is riding in its customary yellow and black. The team of the Dutch supermarket chain Jumbo and the Norwegian software company Visma as co-sponsors has established itself as a major challenger to the dominating INEOS-Grenadiers in recent years.

The best-known name of the team – which has also had a women’s team around Marianne Vos this season – is ex-ski jumper Primoz Roglic.
With Steven Kruijswijk (top 5 in all major National Tours) and Tom Dumoulin, the Dutch team has two contenders for the podium in every National Tour.
With three-time cyclo-cross world champion Wout van Aert, Jumbo-Visma is also one of the hot contenders in the spring classics.

At the 2021 Tour de Suisse, 2017 Giro winner Tom Dumoulin will make his comeback. Dumoulin took an indefinite break from competition after the Vuelta last autumn. We are all the more pleased to welcome Tom Dumoulin to the 84th edition of the TdS.
Dutchman Sam Oomen will try to improve his 7th place in the overall classification from 2018. His compatriot Antwan Tolhoek , who succeeded in the last edition of the TdS with a solo victory on the Flumserberge, already won the mountain prize jersey of the Tour de Suisse in 2016.
Australian Chris Harper is another interesting name who is planned for the line-up of the TdS 2021. Harper narrowly missed the podium at this year’s UAE Tour with fourth place overall.