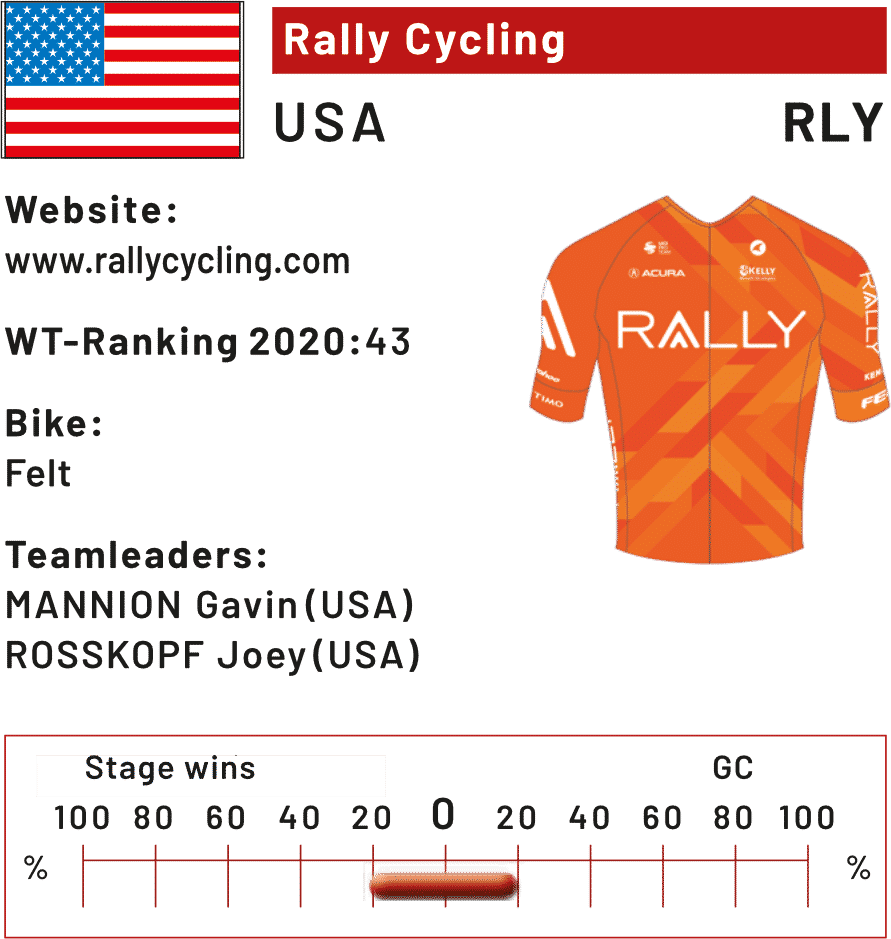 The US team – easily recognisable by their orange jerseys – already started at the last edition of the Tour de Suisse 2019 with a wildcard.
The team is sponsored by UnitedHealth Group, the world’s largest provider in the health sector.

One of the most conspicuous cyclists is Robin Carpenter, who specialises in breakaway groups.
The ambitious team has brought in reinforcements in Nate Brown, Ben King and Joey Rosskopf with years of professional experience at the highest racing level. Nate Brown has been riding for the American team EF-Education First for the last few years, in whose service he also rode at the Tour de Suisse in 2019. Ben King – a two-time stage winner at the Vuelta – has spent the last few years riding for South African team Dimension Data. Two-time American time trial champion Joey Rosskopf comes from Team CCC (ex BMC).