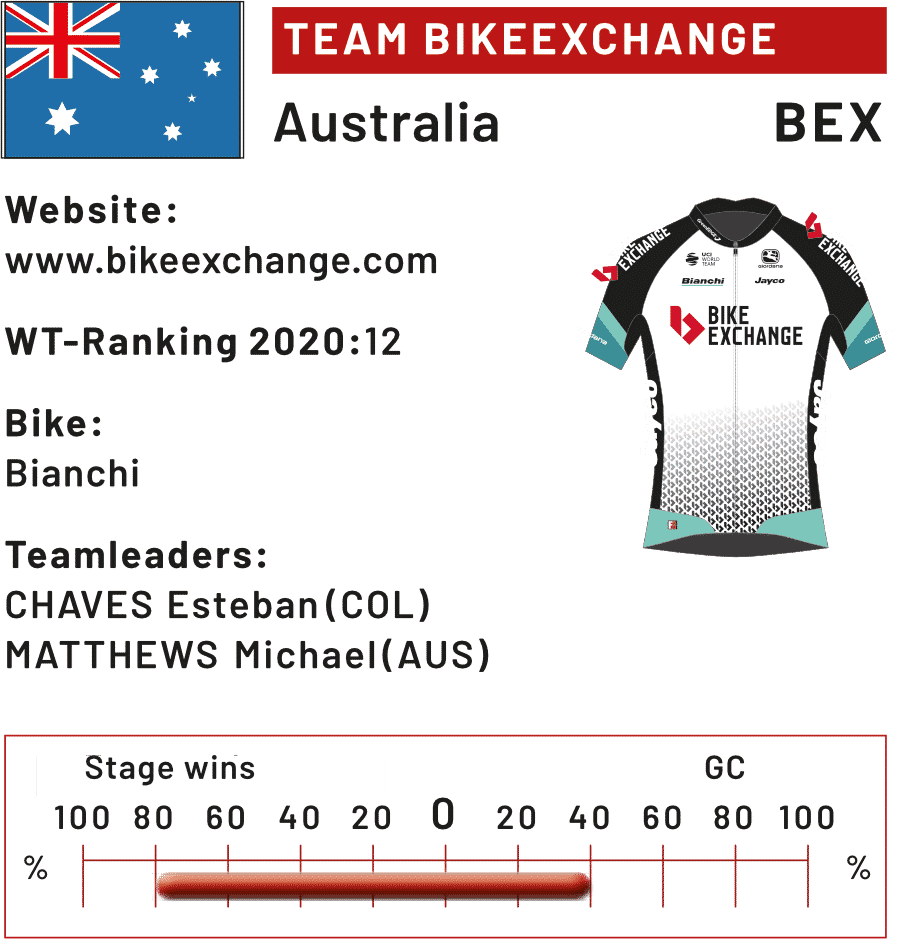 The Australian team was on the road last season under the name “Mitchelton-Scott”.

This year’s route of the Tour de Suisse seems tailor-made for the Briton Simon Yates. Yates won three mountain stages in Italy at the Giro in 2019 and then went on to win the Vuelta in Spain in the autumn.
Colombian Esteban Chaves, who has finished on the podium at the Giro and the Vuelta, will be looking to build on his TdS success at the 2014 mountain stage this summer.
Mikel Nieve also has fond memories of the TdS, with two top ten finishes overall.
With the Australian Michael “Bling” Matthews, Team BikeExchange also has a sprinter who has already defeated Peter Sagan in this country. In 2017, he won the 3rd stage in Bern.

Another interesting rider who is most likely to start at the TdS 2021 is Lucas Hamilton. The 25-year-old Australian attracted attention with a top 10 overall ranking in Romandie and a victory at the Settimana Int. Coppi & Bartali (2019). .
In this country, the best memory is of the bold and heroic ride to solo victory in Gstaad (2018) by the Dane Chris Juul-Jensen.
Whether he will also start this year is still open – but a return to Gstaad is fixed with the 4th stage.