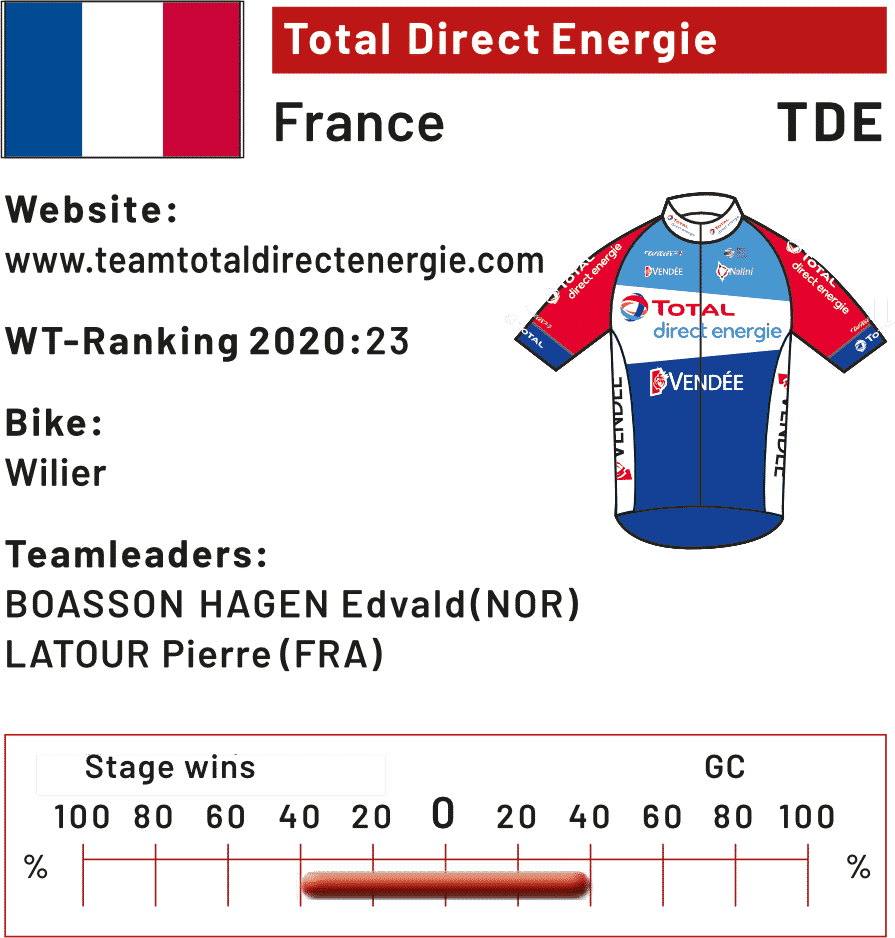 The French team, which used to compete under the name Europcar, is competing in its 21st season since its foundation in 2000.
Last season, the French team, as the best-placed team in the UCI ProTeam Series, even had the honour of taking part in all the big races of the WorldTour.

As in the last two editions of the Tour de Suisse, the French Pro-Continental team Total Direct Energie will participate in this year’s TdS with a wild card.

The French team will try to win a stage with selected climbers and punchers and will certainly make their mark at the Tour de Suisse this year.