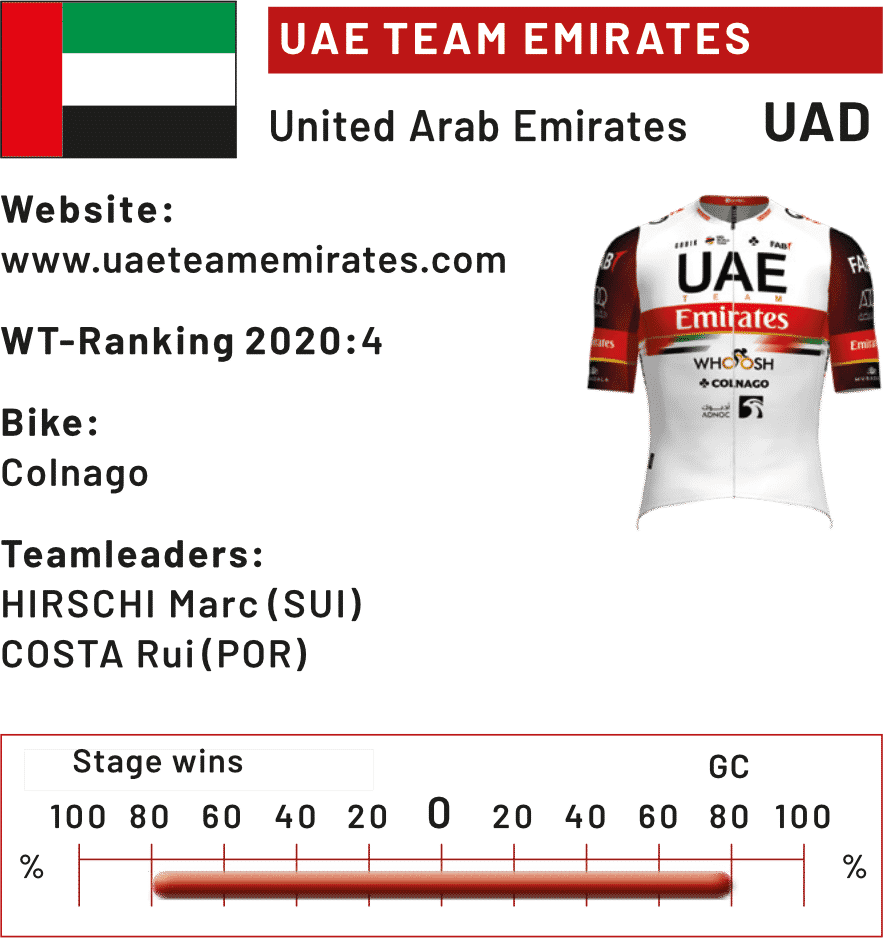 The racing team, financed by the United Arab Emirates, achieved a surprising triumph in the Tour de France last season with the young Slovenian Tadej Pogacar.

Team UAE also became the new home of Marc Hirschi this year. Hirschi celebrated his big breakthrough last season and hopes to triumph in his home race in June.

The Portuguese Rui Costa has already triumphed at the TdS. He won the overall victory at the Tour de Suisse in 2012, 2013 and 2014. He will start again in June, this time probably with a stage victory in his sights.

The Norwegian classics specialist Alexander Kristoff – who has already won the Tour of Flanders and Milan-Sanremo – has similar plans.